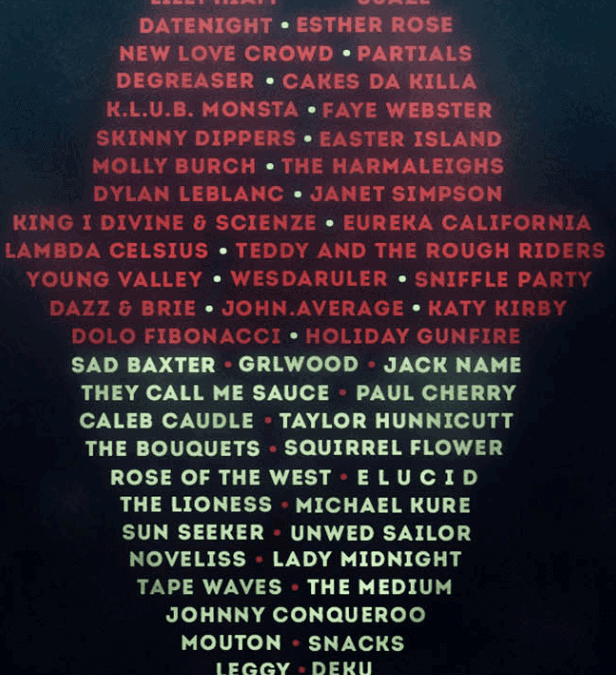 There’s nothing like a music festival to make summer complete, but what about a music festival that hosts up and coming acts – many of which you are likely to hear a lot more of – at a variety of venues within walking distance of each other? That’s what you get with Secret Stages, a great two-day music event to be held in Birmingham, AL, on the 2nd and 3rd of August, 2019.

Featuring a wide variety of different musical styles, provided by promising live acts from across the country, Secret Stages is about finding something new, and also about enjoying some of the best music venues that you will find in Birmingham. With just a couple of days left before the weekend kicks off, it’s lucky that the Secret Stages website includes a brilliant line-up listing, with key to the venues, as well as an app that allows you to create your own schedule of where you want to be and when!

The Secret Stages festival uses five venues local to the center of the city, so each is easy to get to and you can easily move between them. The 41st Street Pub is a popular bar that plays host to acts on both days of the festival – but bear in mind the usual 21 years and older age restriction – while Saturn – which has an age restriction of 18 and over – and The Hangar, where you need to be 21, are also hosting acts for the Secret Stages weekend.

If you want to take the family to see some of the acts, Avondale Brewery is hosting acts in its upstairs section and outside, and kids are allowed with adults present. Use the online guide at the Secret Stages website to see who is playing where, and when, in an easy to use color-coded list that is very helpful indeed.

The list also tells you where the band or act heralds from, so if you want to check out local Alabama and Birmingham acts, look alongside the name and you’ll see. It’s great to see that alongside the many local and regional acts, there are performers from as far away as Boston, Los Angeles and New York making the trip, and they will all be worth checking out.

This is certain to be a popular event and is rapidly approaching, so you’d be wise to get your tickets booked right now, You can choose between a Day, Weekend and VIP pass; a day pass gets you into all the venues on the day, the weekend one to all venues on both days. The VIP pass also gets you into the VIP lounge where you can enjoy complimentary drinks and food, as well as DJ sets in the evenings.

Is this going to be the best event in Birmingham in 2019? It’s certainly going to be among them, so if you like discovering new bands or simply enjoy live music, get your ticket to Secret Stages Music Discovery Festival now, and have the time of your life!

This post was brought to you by your local window and glass experts at Oak Mountain Glass.